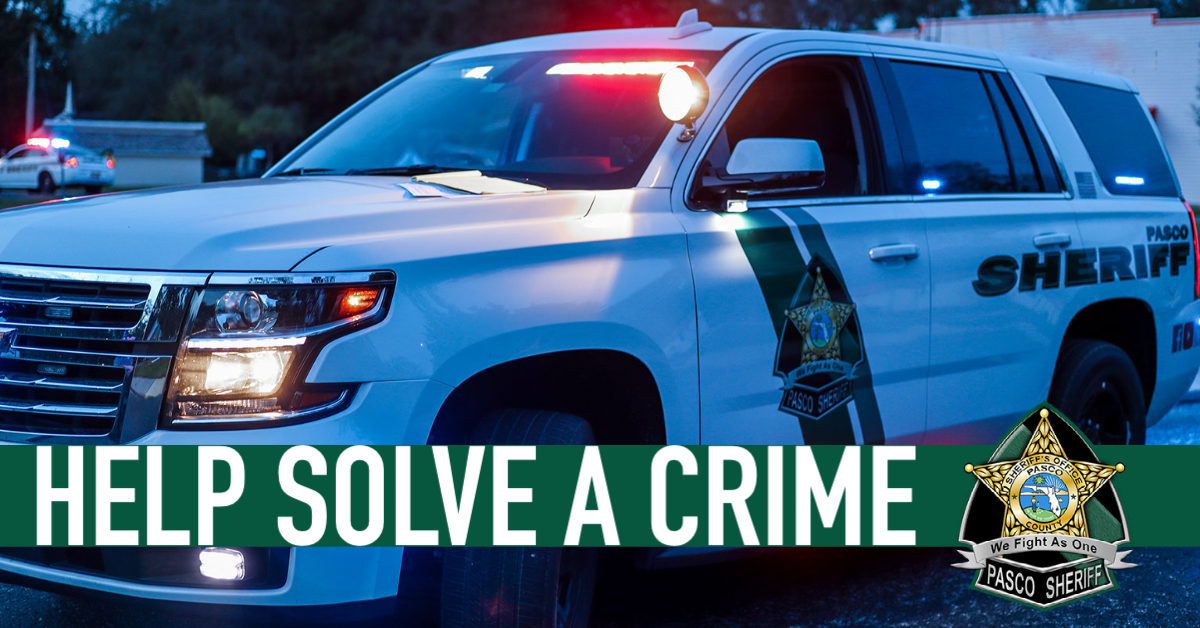 Help Solve a Crime: From July 6 to Oct. 8, there were several attempted car burglaries reported in the Meadow Pointe and Oak Grove communities of Wesley Chapel. The attempted burglaries occurred between 2 a.m. and 4:30 a.m. each time and the suspect commonly uses the flashlight from a phone. The suspect appears to be a Black male in his late teens to mid 20s with a slender build who consistently wears a blue zippered hoodie with a white emblem, black pants with a white stripe on the sides, dark sneakers and gloves.

If you have any information on the identity of the suspect, submit a tip to the Pasco Sheriff’s Crime Tips Line at 1-800-706-2488 and refer to case number 22-023409. You can also submit a tip online at pascosheriff.com/tips.

Don’t forget to complete your #9pmRoutine each and every day to prevent yourself from becoming a victim!